Welcome to our home 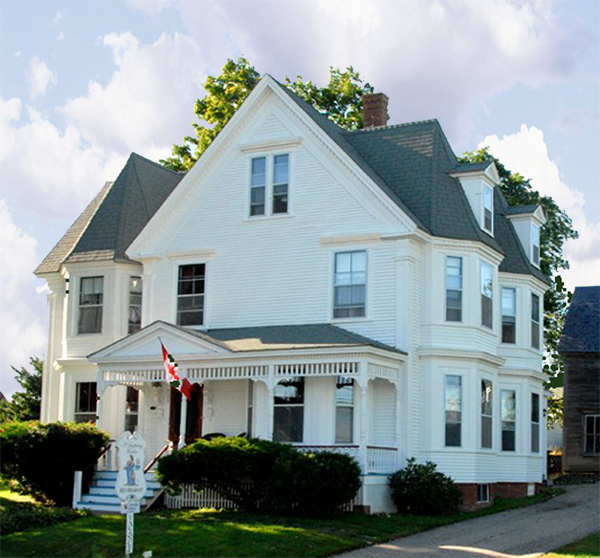 Located in the quaint village of Granville Ferry and overlooking the historic town of Annapolis Royal, this beautiful 1881 registered heritage property was home to Sea Captain, Ship Builder, and Merchant, Captain Joseph Hall.

A History of the Home...

Captain Hall's family ties to Annapolis Royal and Granville, Nova Scotia date back to sometime after 1760 when his great, great grandfather, John Hall brought his family from Medford, Massachusetts as English Planters.

A Seafaring Maiden was named after one of Captain Joseph Hall's daughters, Elizabeth Pritchard Hall. In March of 1870, 20-year-old Elizabeth sailed with her father out of Saint John on the 1444 ton full-rigged ship Rothesay.

On the fourth day out of New Orleans with a cargo of cotton for Liverpool, England, the first mate, and then nine days later Captain Hall, came down with smallpox. Sailing in squally weather, Captain Hall set storm canvas, placed Bessie in command and promoted the carpenter to first mate. Depending upon the basic navigational skills which she had learned from her father on previous voyages, Bessie and the depleted crew of six sailed across the Atlantic arriving in Liverpool on May 11.

Bessie received the respect and admiration of her crew for her accomplishment known to be unique in nautical history. Elizabeth Pritchard Hall died on June 30, 1930, but lives on in local legend as "The Seafaring Maiden of Granville".


We are proud to have been certified by: